Students' math proficiency is falling. Here are some solutions to the … – Tennessean

Lily Wong, an instructor at Arizona State University’s Mary Lou Fulton Teachers College, opens her laptop and links to the five motion-detecting smart screens fixed to the walls in front of and beside her desk. She opens her Zoom room, and one by one, remote students replace the names in the digital blocks as the clock ticks closer to the start of class.
It’s a Monday during the fall 2022 semester, and she’s teaching back-to-back classes in one of the soundproof ASU Sync Studios housed in the Payne Hall building on the Tempe campus. 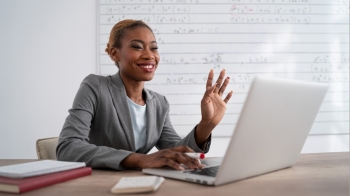 ASU Sync, the university’s third learning modality alongside fully immersive and online, provides students with technology-enhanced, fully interactive remote learning through soundproof teaching studios equipped with multiple monitors, a livestream camera, a surround sound bar and a touchscreen desktop. Download Full Image
In the time remaining before class, Wong arranges the class’ daily outline, assignments and vocabulary list on the remaining open screens. She teaches mathematics to future K–8 teachers, and today’s lesson starts with communicating math vocabulary effectively.
Satisfied with the arrangement, she addresses the students and class begins.
“I get a better feel for the room because I can see my students’ faces and reactions while reviewing class content,” Wong said. “I can see acknowledgment of understanding or their questioning faces.”
As the two-hour, fully remote, synchronous class progresses, Wong navigates the five screens effortlessly, toggling from student to assignment to herself.
“I think a lot of the teachers’ frustration with Zoom is managing all of the students and the buttons,” Wong said. “But having multiple screen options — for example, a chat screen or another screen to see students’ faces — gives the feeling like you’re actually in the classroom together.”
This is the ASU Sync Studio experience she’s come to love when teaching fully remote, synchronized classes.
ASU Sync is the university’s third learning modality — alongside fully immersive and online. It provides students with technology-enhanced, fully interactive remote learning. 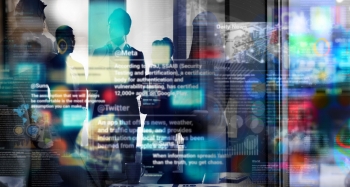